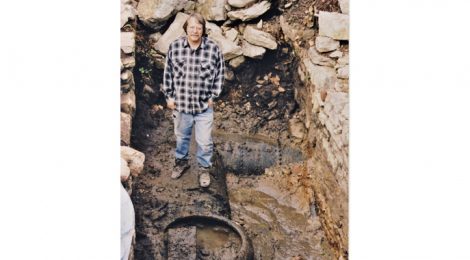 Every year the SIA highlights outstanding scholarship in the field of industrial archeology with the Vogel Prize. Named in honor of SIA co-founder and distinguished member Robert M. Vogel, the award recognizes the author of the best article to appear within the last three years in the Society’s peer-reviewed journal, IA: The Journal of the Society for Industrial Archeology. The Vogel Prize consists of a cash award and a unique, genuine wooden foundry pattern mounted on a plaque, engraved with the recipient’s name – easily one of the most distinctive trophies in the scholarly world.

That the trophy itself evokes American iron is especially appropriate for this year’s winner. After evaluating articles for a clear thesis and narrative, including high-quality illustrations and analysis of material culture, the committee is pleased to have selected “The Archeology of Failure: An Example from the Juniata Iron District of Pennsylvania,” (IA 41, nos. 1 and 2 [2015]: 25-47) by Scott D. Heberling, as the 2020 Vogel Prize winner.

Heberling’s article studies the Rockhill Furnace and the Winchester Furnace, both created in the early 1830s. They were located in the Blacklog Narrows near Orbisonia, Pennsylvania, in the famed Juniata iron district. These furnaces were not the successful firms usually studied by industrial archeologists, but instead were only “moderately successful” and, even worse, “chronically troubled,” respectively. Heberling uses archival records and extensive material remains to document and explain the struggle of these two furnaces to be viable iron producers. Offering the industrial archeologist a rare natural experiment, these two facilities had similar technical inputs, of ore, charcoal, and flux, and faced nearly identical market challenges such as transportation. (In later years, the two furnaces even had the same ownership.) Yet the Rockhill scratched out a lean success for decades, while the Winchester failed numerous times before an early and permanent abandonment. Heberling deftly reads the evidence for clues about the most likely sources of the Winchester’s failure – a waterlogged site and limited available power chief among them. The result is a clear portrait of the “thin line between success and failure” that defined this period of American ironmaking.

The article is well written, and the narrative is clear, readable, and engaging, incorporating evidence deftly. Heberling is owner and principal investigator at Heberling Associates, Inc., a small CRM firm, and the research for this article was originally conducted for the Pennsylvania Department of Transportation. Its reworking into this scholarly form is a model of how sponsored archeological research can engage with and contribute to ongoing scholarly conversations of prime interest to industrial archeologists and historians of technology, advancing knowledge in the field.

—Text from Eric Nystrom’s award presentation remarks delivered at the SIA’s 2020 Annual Business Meeting, which was held online on May 30, 2020

CAPTION FOR PHOTO ABOVE: 2020 Vogel Prize Award Winner Scott Heberling standing on an iron feature in an excavation unit at Cromwell Mill in the Juanita iron district of Pennsylvania in 2001. The Cromwell Mill site was part of the same project that produced Heberling’s winning article, “The Archeology of Failure: An Example from the Juniata Iron District of Pennsylvania.”

CAPTION FOR PHOTO BELOW: The 2020 Vogel Prize trophy. 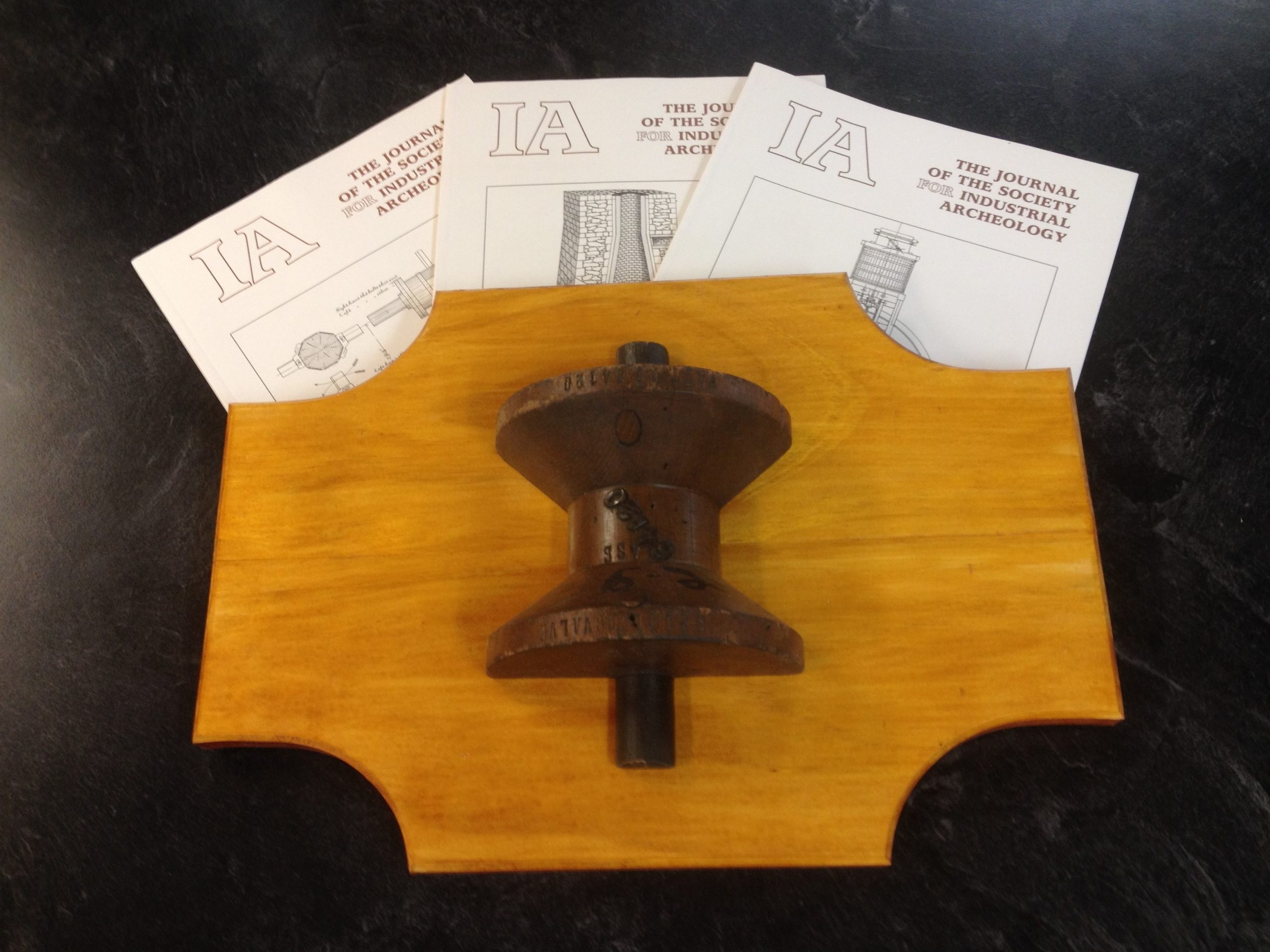