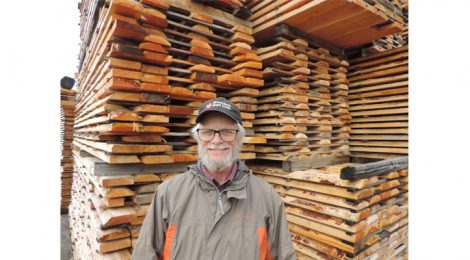 Brian Shovers is the recipient of the 2020 Society for Industrial Archeology General Tools Award. The General Tools Award is the highest honor that the SIA can bestow, recognizing individuals who have given sustained, distinguished service to the cause of industrial archeology.

Shovers has made exceptional contributions to IA, specifically within his home state where he has been a leader since the early 1980s. He is being recognized for his efforts documenting and preserving resources at nationally significant mining heritage sites, and his many spectacular efforts at promoting his state’s varied industrial heritage through tours, conferences, workshops, surveys, research and publications, not to mention being a founder and long-time president of Montana’s local SIA chapter, the Klepetko Chapter, as well as co-leader of three highly memorable SIA Fall Tours.

Shovers has been president of the Klepetko Chapter and editor of its newsletter since the early 1990s. Throughout that time, he has worked tirelessly to organize chapter events and raise Montanans’ awareness of their state’s industrial and engineering heritage, especially through organizing “Made in Montana” field trips each year in conjunction with the Montana State History Conference, held in October in Helena every other year and held in another Montana city in alternating years. The Made in Montana tours serve as the chapter’s fall tours. He also organizes a Klepetko Chapter tour each spring, often at a more out-of-the-way area in the state.

A native of Wisconsin, Brian lived in Missoula in the 1970s and then moved to Butte in the early 1980s to work at the National Center for Appropriate Technology as a writer and editor. He immediately joined the Butte Historical Society and, together with Fred Quivik, helped to organize a conference, funded by the Montana Committee for the Humanities, called “Butte: The Urban Frontier.” The weekend conference in September 1982 brought to Butte about twenty speakers who were researching various facets of Butte’s history, including its industrial history of mining. In the mid-1980s, Brian helped several of the conference presenters develop written versions of their presentations to launch the Butte Historical Society’s semi-annual journal, The Speculator: The Journal of Butte and Southwest Montana History, which he edited (the Speculator is the name of one of the mines where, in 1917, 165 miners were killed in what is still the worst hardrock mining disaster in U.S. history). One issue of The Speculator was a theme issue on Butte’s industrial history.

Brian’s first SIA activity was in the fall of 1983, when he and Fred Quivik crashed the Fall Tour in Colorado.  They were both living in Butte at the time, so they drove together through Yellowstone Park to Colorado, and then showed up at the conference hotel, without registering for the event.  Since Shovers and Quivik had driven all that way, the organizers let them tag along.  Brian must have been impressed with the Colorado tour, because he was one of the main organizers of the SIA’s Fall Tour in Butte six years later.  As far as we know, he did not let any non-paying individuals participate in that event.

Brian’s influence on his state’s appreciation for its industrial archeology cannot be underestimated. Chere Jiusto, Executive Director of the Montana Preservation Alliance, wrote the General Tools Committee that “Brian’s fascination with the industrial side of Montana’s history has never waned, and his dedication to sharing knowledge with many audiences helped to support the preservation and appreciation of Montana’s historic built environment.” She noted that his efforts have ensured people can visit sites related to mining and smelting, logging, railroads and agriculture, and a first-hand look behind the scenes of grain elevators, hydropower dams, brickyards, sawmills, and even distilleries, breweries and wineries.

Patty Dean, Chief Operating Officer of the Montana Club, summed up Brian’s contributions to Montana IA this way, “He possesses an intellectual generosity and enviable facility to translate difficult processes and scientific theories into language comprehensible to all. Brian’s knowledge of Montana’s complex industrial archaeology and history is all-encompassing and makes for an especially interesting presentation as he makes connections and explains the relationships among industries that often have been inactive for decades.” Few people have devoted so much time and energy to further the cause of IA in their home stomping grounds over such a long period. Brian Shovers is highly deserving of our thanks and this acknowledgment of his sustained, distinguished service to the field with presentation of the 2020 General Tools Award.

— Adapted from the award citation Patrick Harshbarger delivered at the SIA’s 2020 Annual Business Meeting, which was held online on May 30, 2020

CAPTION FOR PHOTO ABOVE: Brian Shovers at RBM Lumber in Columbia Falls, Montana, during a 2016 Klepetko Chapter tour of family-owned sawmills.

CAPTION FOR PHOTO BELOW: The Vogel Prize is the highest honor bestowed by the SIA. 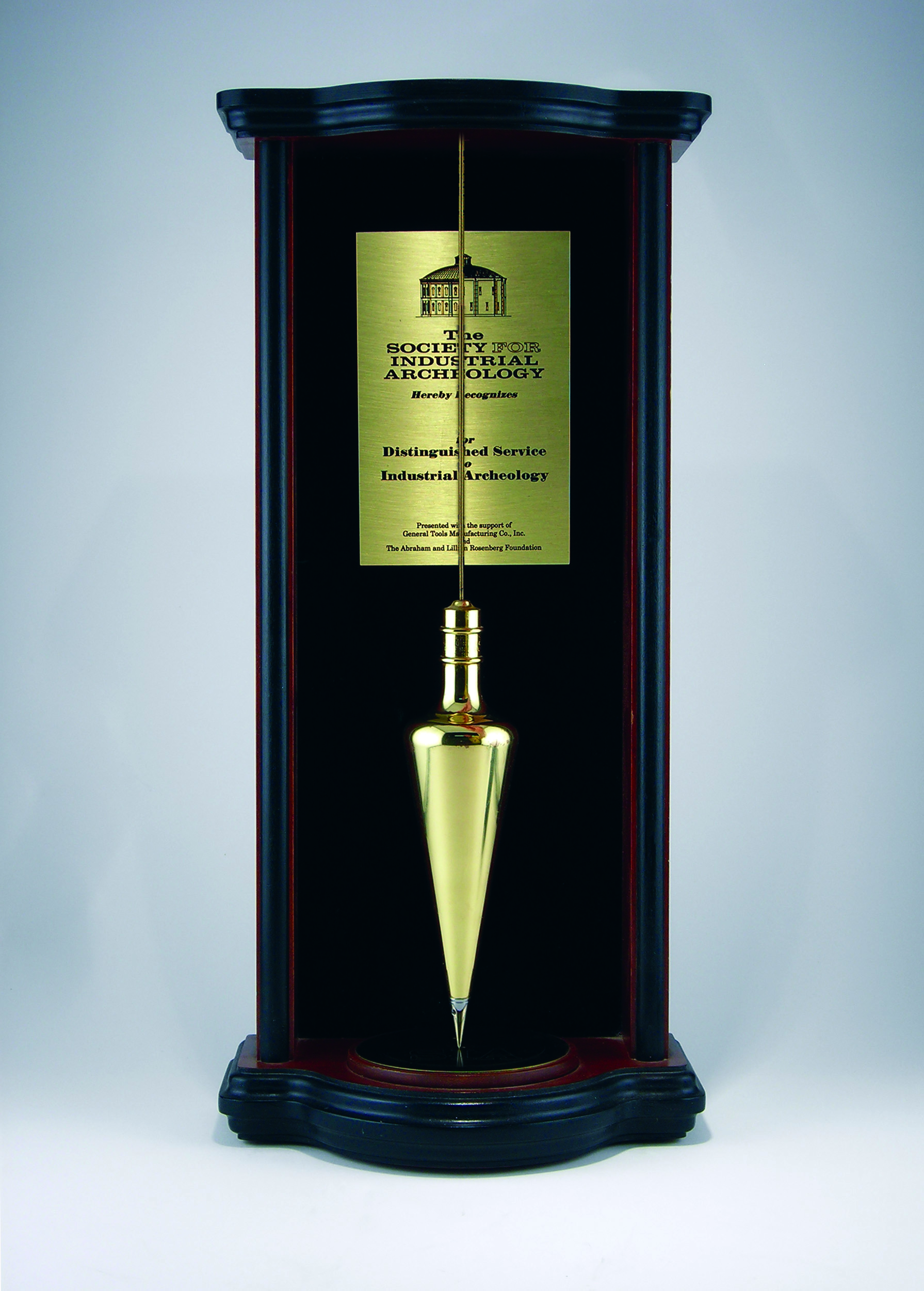