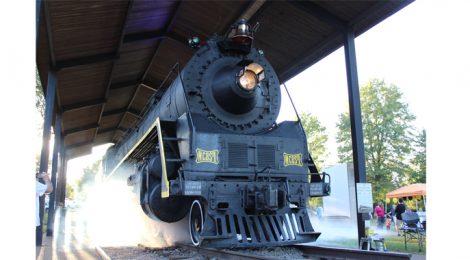 The Society for Industrial Archeology awarded the 2020 Eric Delony Industrial Heritage Preservation Grant to the Nashville Steam Preservation Society in Nashville, Tennessee. The $2,500 supports Nashville Steam’s restoration of the Nashville, Chattanooga, and St. Louis steam locomotive No. 576. The 4-8-4 locomotive was designed in Nashville and was one of the first “J-3” class engines built American Locomotive Company’s Schenectady works during WWII. These powerful locomotives hauled passenger trains over steep grades between Nashville and Atlanta until 1952 when the NC&StL became one of the first railroads in the country to fully dieselize.

No. 576 was moved to public display Nashville’s Centennial Park in 1953, where it was a stop on the 2017 SIA Fall Tour. Last year it was moved to the Tennessee Central Railroad Museum where restoration is underway. The Nashville Steam Preservation Society’s goal is to bring No. 576 back to life – restored to operating condition and hauling excursion trains from downtown Nashville, possibly as far as Monterey – 108 miles to the east. Their target is to have her up and running within the next three years.

The Eric Delony Industrial Heritage Preservation Grant Award will help further along our project to restore and operate former Nashville, Chattanooga, and St. Louis Railway # 576. These funds will be used to restore the ALCo type G Power Reverse that the locomotive was originally equipped with.

The Power Reverse took the place of the old “Johnson Bar” that the engineer would use to manually lift or lower the valve gear linkage that controlled which direction the engine traveled in as well as to set the valve stroke during operations for efficiency. The power reverse was comprised of a cylinder and piston that was actuated by a valve linked to a small quadrant inside the locomotive cab. The power reverse used compressed air or in some cases steam to gain a mechanical advantage to move these heavy components which with larger locomotives would have been nearly impossible otherwise.

The power reverse for locomotive 576 requires a complete overhaul including but not limited too, new cylinder, new piston rod, new packing cups, crosshead and guide machine work, and new nuts and bolt hardware due to wear and corrosion.

The Nashville Steam Preservation Society documents the progress of the locomotive restoration in its YouTube series “Road to Revival.”

Nashville Steam uses the hashtag #stripehype since No. 576 was part of a class of engines nicknamed “stripes.” 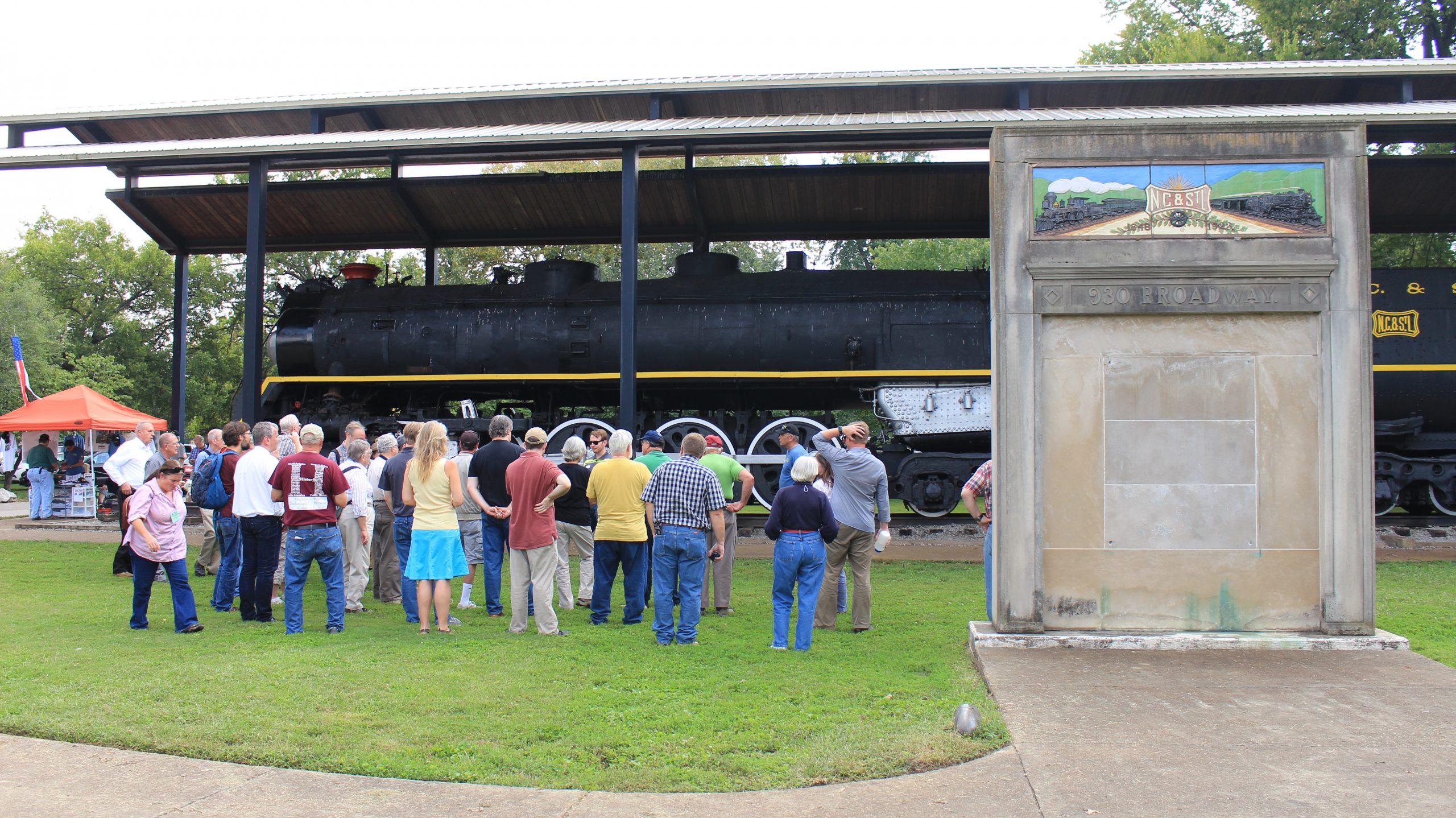 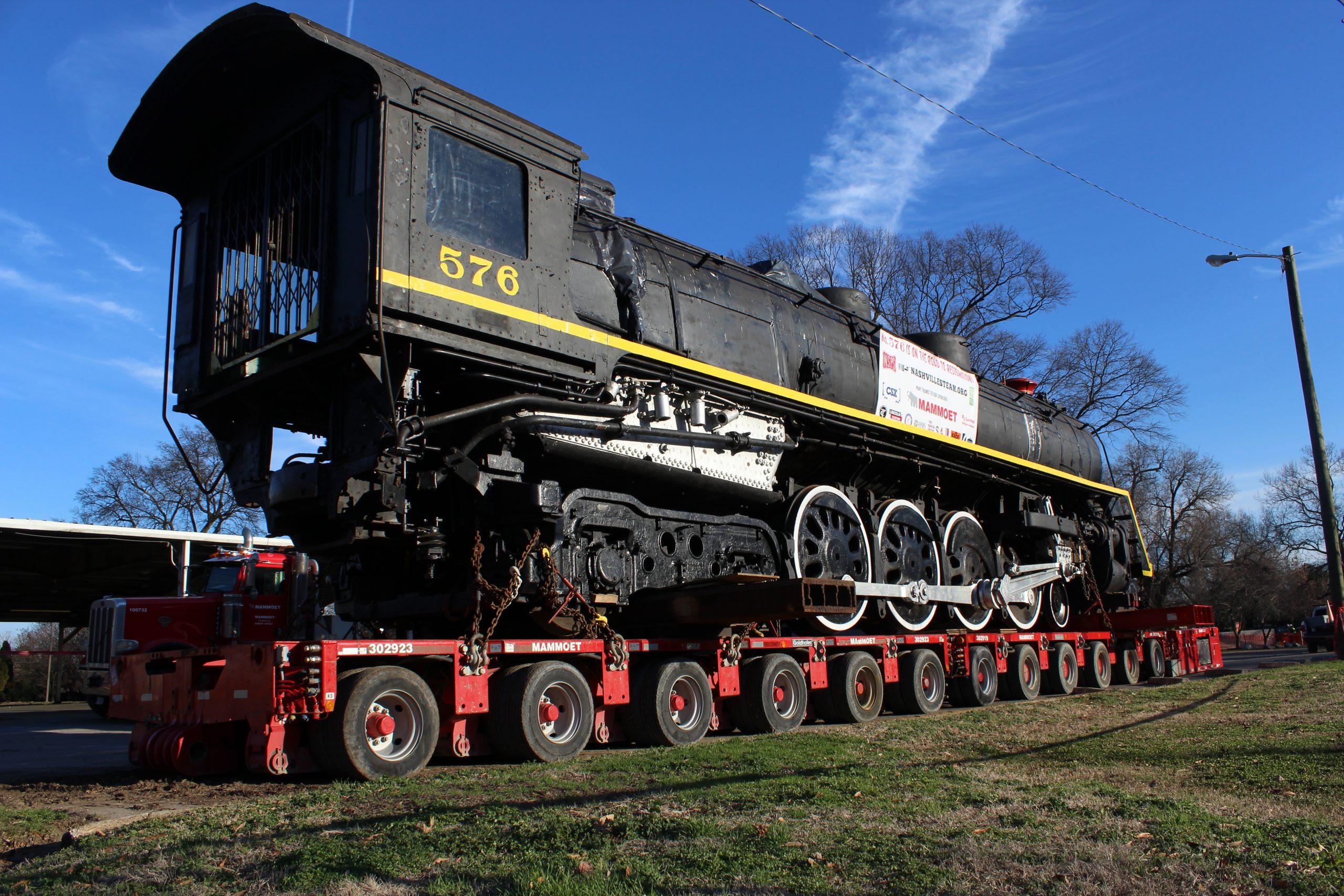 No. 576 ready for transport from Centennial Park, Nashville to the Tennessee Central Railroad Museum in 2019. 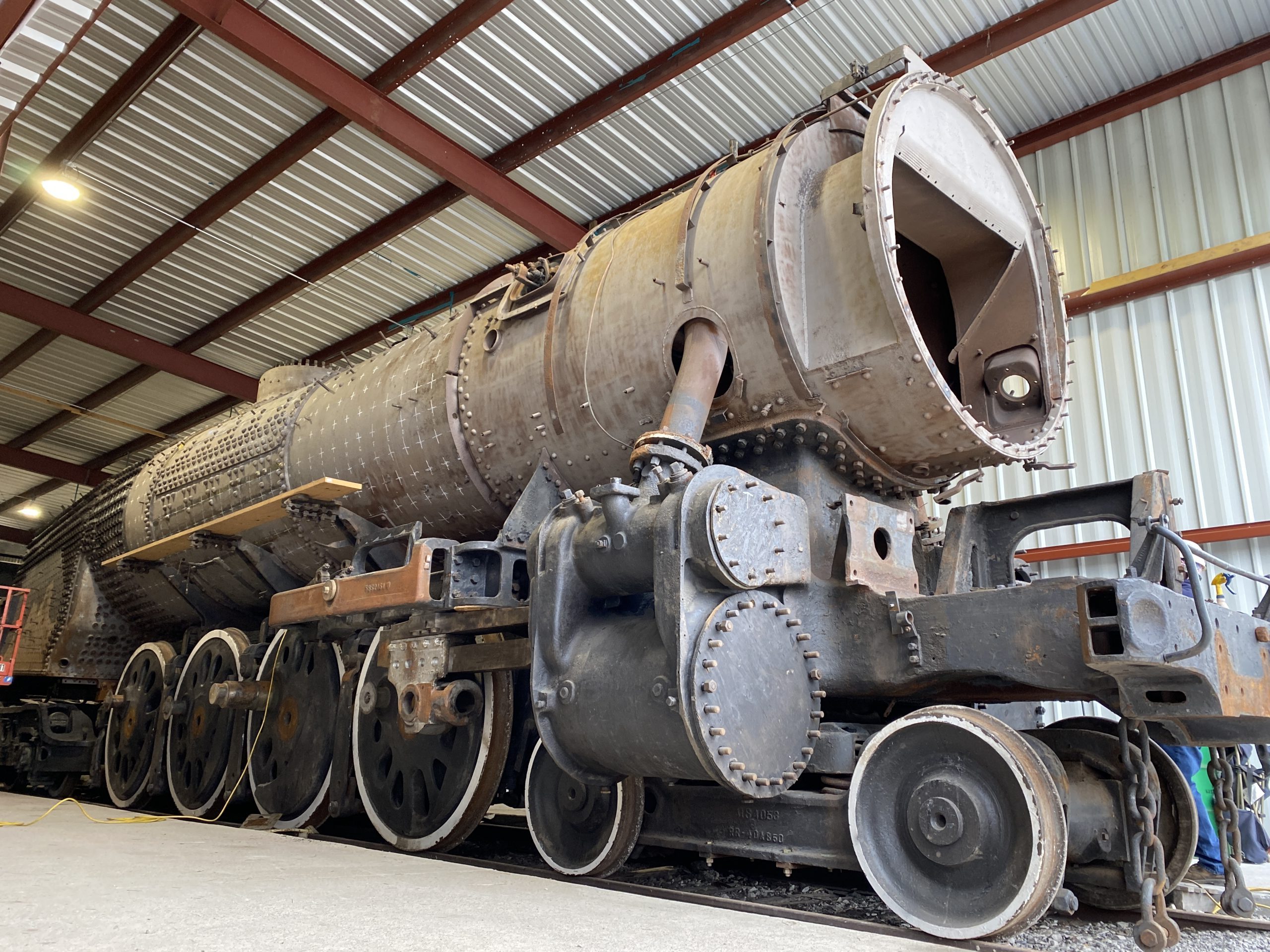 No. 576 in its current state, undergoing restoration at the Tennessee Central Railroad Museum.