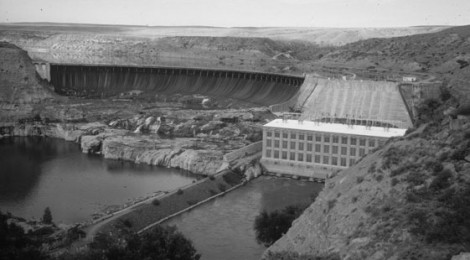 Photograph above: Ryan Dam and Powerhouse: built at the Great Falls of the Missouri (also called Volta Falls) in 1915, this hydroelectric facility was built to supply electricity to the Butte mines, the Anaconda smelter, and the electrification of railroads in Montana.

Organizers of the tour are Fred Quivik (editor of IA), Brian Shovers (president of the Klepetko Chapter of the SIA), and Ellen Sievert (Great Falls’ historic preservation officer).

The O’Haire Motor Inn in downtown Great Falls is the conference hotel.

Conference rates are no longer in effect.

Getting to Great Falls

The Great Falls airport is served by Alaska, Delta, United, and Allegiant airlines. Amtrak’s Empire Builder crosses northern Montana but does not serve Great Falls. The most convenient Amtrak stop will be Shelby.

Download a PDF of the detailed Schedule. Sites and process tours are subject to change.

Montana’s second-largest city, Great Falls owes its prominence to a series of falls along the Missouri River that impeded Lewis & Clark’s upstream expedition in 1805 and then, once the Great Northern Railroad reached the territory in the 1880s, became the power source on which boosters built their vision for an industrial future. The Fall Tour will visit a variety of operations that have developed around that industrial base.

During the twentieth century, the Montana Power Company developed five hydroelectric generating stations along the Great Falls of the Missouri River, one at Black Eagle Falls, right in the City of Great Falls, and four downstream. Participants of the Fall Tour will see two of them: Rainbow, built in 1910, and Ryan, built in 1915. Other tours planned for Great Falls include the Minuteman missile training simulator at Malmstrom Air Base, an airliner refurbishing company at the Great Falls Airport, and ADF, a fabricator of large steel structures.

Prior to the arrival of railroads to Montana, steamboat navigation on the Missouri River provided Montana Territory’s main transportation link to states east of the Mississippi, and Fort Benton, about forty miles downstream of Great Falls, was the head of steamboat navigation. The Saturday itinerary will include a trip to Fort Benton to see the historical fort site and the Montana Agricultural Center (an impressive agricultural museum, and to have lunch (weather permitting) on the 1889 Fort Benton bridge, the first bridge in Montana to cross the Missouri and the first bridge of iron or steel to be built in the state.

The early-bird tour will be a bus trip on Thursday, October 8, to Helena, Montana’s capital city. The tour will include stops at a Boeing facility, a cement plant, and the Archie Bray Foundation, a ceramic arts educational institution that owns the remains of the Western Clay Manufacturing Company, which was featured in Vol. 37 (2011) of IA. 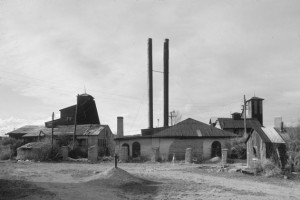 Western Clay Manufacturing Company, located at the Archie Bray Foundation, Helena.  This is one of the sites we’ll be seeing on the optional Thursday tour. 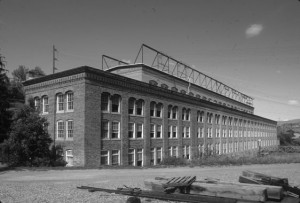 Rainbow Powerhouse: built just below Rainbow Falls in 1910, this hydroelectric generating station was originally built to supply electrical power to the copper mines at Butte and to the Anaconda smelter. 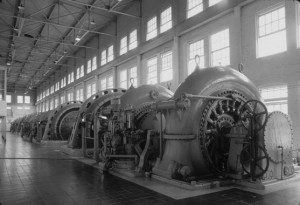 Interior of the Rainbow Powerhouse: each generator in this facility is driven by a pair of horizontal-shaft turbines. 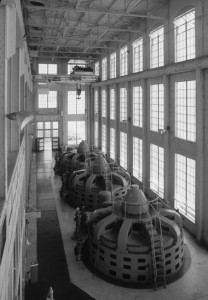