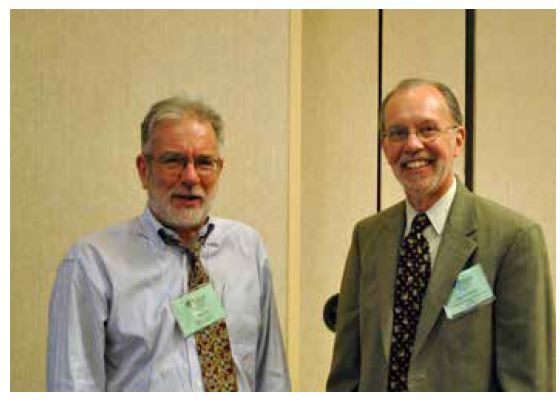 Duncan Hay is among those who have combined their primary area of expertise with a nuanced understanding and application of many of the subject areas that make up the practice of industrial archeology. From his graduate studies in the history of technology, which culminated in a doctoral degree in the History of Technology from the University of Delaware, through a variety of professional experiences, he has been deeply engaged in industrial archeology for his entire career. In his work he has explored in detail—and expanded our knowledge of—topics such as waterpower, hydroelectricity, canals, waterways, structural engineering, and machine and woodworking shops.

In his employment with the National Park Service, he has worked to inventory and document historic sites and structures, develop exhibitions and programs, and provide technical support and advice to organizations from Maine to West Virginia. He also has worked as curator and consultant with museums in New England and the Mid-Atlantic. Through his publications, consulting, and surveys, he has contributed to a body of documentary information and outreach to a wide and diverse audience, as well as made valuable contributions to many historical organizations over the past 35 years.

Of particular note was Duncan’s work for the Edison National Historic Site in West Orange, N.J., between 1990 and 1993. As part of a team that studied and planned for the management of the largest body of artifacts in the National Park Service system, Duncan wrote historic furnishing plans for the two machine shops, the pattern shop, and sections of the laboratory complex. His report was published by the NPS. In recent years his work on the Erie Canalway has involved inventorying and documenting historic sites and structures, advising on preservation opportunities, and developing exhibitions, publications, web content, and events for this 524-mile-long National Heritage Corridor that spans upstate New York. He has worked collaboratively with HAER teams, colleagues in the Park Service, and others on many projects involving industrial sites and structures, including the Blackstone River Valley and Niagara Falls National Heritage Corridors.

His service to SIA began early in his career, as a board member from 1984 to 1987, and organizer of the 1987 Conference in Troy. He has served on several SIA committees and organized other conferences, notably the very successful Annual Conference in 2015 (Albany), and the 2012 Fall Tour (Utica). His tenure as president, which involves a six-year commitment (as vice-president, president, and immediate past president), has occurred twice, between 1992 and 1998 and again from 2010 to 2016. But not resting on his laurels, he isn’t done yet.

Few people have devoted so much time and energy to further the cause of IA in so many ways for so many organizations over such a long period. Duncan Hay is highly deserving of our thanks and this acknowledgment of his sustained, distinguished service to the field with presentation of the 2016 General Tools Award.