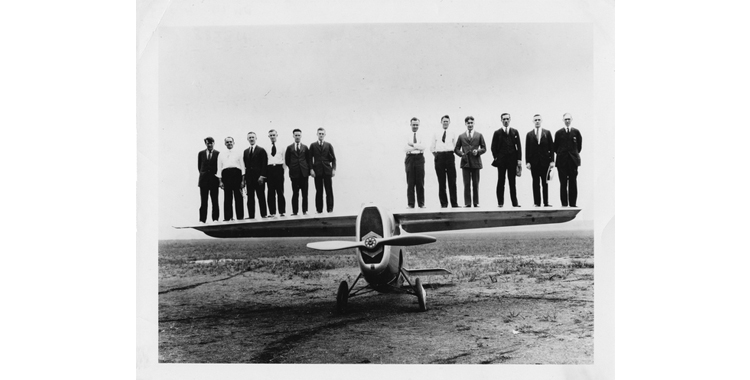 Optional Early-Bird Tour to Cincinnati An all day tour on Thursday will head south to Cincinnati to examine the Roebling Suspension Bridge. Participants will have the opportunity to climb to the top of a tower and explore the suspended superstructure. A bronze casting has been scheduled at the Verdin Company, a manufacturer of bells, electronic carillons, clocks, and towers. In addition, participants will get to visit the National Voice of America (VOA) Museum of Broadcasting at the VOA Bethany Relay Station. Highlights include an exhibit on radio pioneer Powel Crosley and the VOA’s 1960s transmission control room. Adjacent to the VOA museum is the massive WLW transmitter facility—ordinarily not open to the public—that will also be toured.

Other Sites of Interest There are multiple sites of interest within walking distance of the conference hotel. America’s Packard Museum at 420 South Ludlow is in a former dealership with numerous restored vehicles (open 12-5pm, $5 fee). Mendelson’s at 340 E. First Street is a liquidation warehouse with appliances, electronics, etc., dating back to the 1960s. The Greater Dayton RTA central hub at Third and Main is an excellent vantage point to see the Authority’s nationally known electric trolley buses. The Oregon Historic District, stretching along East Fifth Street, is a vibrant, walkable neighborhood full of restaurants, bars, and shops.

Opening Reception at The Steam Plant The opening reception will be held Thursday evening at The Steam Plant, a former Dayton Power & Light (DP&L) steam plant within walking distance of the hotel. Edward Roach, historian with the Dayton Aviation Heritage National Historical Park and author of The Wright Company: From Invention to Industry, will provide an orientation lecture.

Fall Tour participants can choose one of two tour itineraries for Friday:

Museum Tours Saturday museum tours are planned at the Mound Cold War Discovery Center in Miamisburg, the nation’s first Atomic Energy Commission site begun in the wake of World War II. Exhibits cover Mound Lab’s role in initially supplying nuclear weapon triggers and then covers medical applications of nuclear technology along with the creation of energy sources for deep space probes. T-Building, a 5-story underground facility accessed through a long tunnel with triple blast-proof doors and within 16-foot concrete walls, was where processing of nuclear materials occurred. After standing vacant for many years, it was recently sold to a company who intends to build satellites. At the time of the brochure printing, negotiations were underway with the new owner to gain access to T-Building. Saturday tours will also include the National Museum of the US Air Force, a vast facility encompassing more than 17 acres of indoor displays and featuring over 360 aircraft and missiles ranging from the earliest days of flight to the space age. Displays are arranged chronologically, so visitors can focus on periods of particular interest, and knowledgeable guides are available for each gallery.

Banquet and Tours at Staley Mill Farm & Indian Creek Distillery The conference banquet Saturday evening will be held at the Staley Mill Farm and Indian Creek Distillery north of the city near New Carlisle. This is Ohio’s best example of an antebellum farm-industrial complex—combining a gristmill, sawmill, and distillery—once common in the state. Following appetizers, attendees will divide to tour the Oliver Evans-inspired mills and recreated distillery that uses historic still equipment to produce rye whiskeys and bourbon. Samples will be included for those interested; dinner will follow.

The National Museum of the Air Force is open for those wishing to learn more about historic aircraft. In addition, the National Park Service operates the Wright-Dunbar Interpretive Center on West Third Street, where the Wright Brothers first became interested in heavier-than-air flight in 1896. Exhibits here also interpret the life of African-American poet Paul Laurence Dunbar, and his nearby family home is also open for visitation at 219 N. Dunbar Street. Further west on Third Street, within a fenced open field, are the two original buildings of the Wright Company, America’s first airplane manufacturing plant. Carillon Historical Park, at 1000 Carillon Blvd., is where the original 1905 Wright flyer is on display. This 65-acre park has historic buildings, bridges, and exhibits emphasizing the technological history of Dayton, including a display of nearly 200 historic NCR cash registers.

Tour attire must include long trousers, sleeved shirts and closed-toe flat-soled shoes or boots are required. Some sites do not allow photography. We appreciate the willingness of the businesses we visit to permit and facilitate our visits. We expect all tour registrants to remain with the group and to follow all directions regarding visit expectations. Tour sites may change without notification depending on changes in tour site availability or other factors.