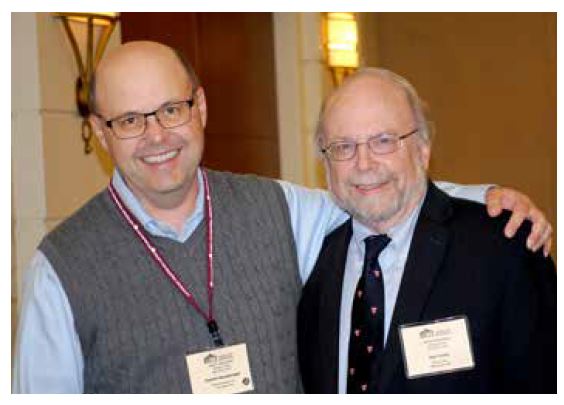 The recipient for the 2017 General Tools Award is a historian and preservation planner with vast experience in cultural resources identification, interpretation, and management. He has devoted his career to surveying, evaluating, interpreting, documenting, and rehabilitating historic properties, with a special focus on historic transportation, engineering, and industrial resources. He is a nationally recognized authority on historic roads and bridges and has conducted statewide historic bridge surveys in 12 states. As part of a team developing national guidelines for the evaluation and treatment of historic road corridors, he was the primary author of a section on how to identify historic roads by using appropriate historic contexts to identify those features that contribute to historic significance and integrity.

While earning a B.A. in history from Brown University, he lived hard by the Fox Point railroad bridge, a Scherzer rolling-lift span in which he would find inspiration for his eventual career path. After graduation, he cut his IA teeth as deputy director of the Slater Mill Historic Site in Pawtucket, R.I., subsequently spending a summer documenting historic bridges for the Historic American Engineering Record. After earning an M.A. in History and Museum Studies from the University of Delaware’s Hagley Program in Industrial History & Heritage, he joined the bridge-engineering firm that sent him into the field to conduct the statewide historic bridge surveys—work that he has described as “the best job in the world.” Over many years since, he has maintained a keen interest in educational outreach, developing historic interpretive plans for several National Heritage Corridors and researching and designing a variety of exhibits, interpretive waysides, and publications.

His professional accomplishments during his many years with TranSystems Corp. and its predecessor, A. J. Lichtenstein & Associates—and, since 2010, as vice president of Hunter Research in Trenton, N.J.—are indeed impressive.

But it is for his singular and unparalleled contributions to the Society for Industrial Archeology as editor of the SIA Newsletter that the SIA proudly recognizes Patrick Harshbarger as the 2017 General Tools Award recipient.

Beginning with Vol. 25, No. 1, in 1996, and concluding his service with Vol. 45, No. 4, in 2016, Patrick served as editor of the SIA Newsletter for a remarkable two decades— twenty years! We all know and agree that the SIA Newsletter is the finest in the field of historic preservation. During this long tenure, Patrick raised a high bar even higher—increasing the number of pages, tweaking the newsletter’s graphic design and production values, and contributing his own superb photography. Each of the 80 issues Patrick produced included a box within which he named and thanked the contributors to that particular issue. It was invariably a large box, indicative not only of the faithful following Patrick developed over the years, but also of the innumerable hours he devoted to communicating with members and coordinating and editing the newsletter’s contents.

Excerpted from the award presentation speech given by Bob Frame at the 2017 SIA Annual Meeting.