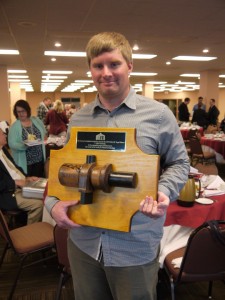 2014 – T. Arron Kotlensky for his paper “From Forest and Mine to Foundry and Cannons: An Archeological Study of the Blast Furnace at the West Point Foundry,” published in IA volume 35, numbers 1&2, pp. 49-72

This paper was one several that grew out of a collaboration between Michigan Technological University and The Scenic Hudson Land Trust to investigate the site of the West Point Foundry on the Hudson River.  The papers were published in a double issue of IA devoted entirely to the West Point Foundry.

Excavations revealed how West Point Foundry cited the new furnace and its blowing engine to take best advantage of the terrain and to incorporate the furnace into the existing waterpower system that drove the foundry machinery. Metallurgical analysis of surviving pigs of iron demonstrates that the West Point furnace produced grey iron of suitable quality for foundry use.

But business records and other documentary sources reveal that technological success did not translate into economic success.  High costs for ore and charcoal, plus the growing supply of iron from more efficient anthracite fueled, hot blast furnaces resulted in the West Point furnace’s closure after seventeen years of operation.

Arron’s paper is industrial archeology at its best, using a broad array of tools and sources to reconstruct an important period in one of ante-bellum America’s most significant industrial enterprises. 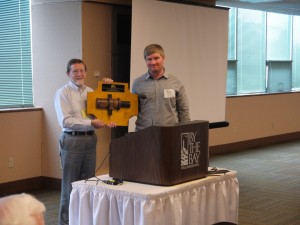